Killer Tele-Operated Robots are on the Radar Again

This article from Boing Boing’s David Pescovitz mentions the ground breaking shenanigans SRL were up to about a quarter century ago! If SRL were the first civilians to have web-controlled lethal robots in 1996 David was the first target for such systems experimenting with the Air Launcher in San Francisco being controlled by people in Tokyo! SRL did it first!

Here is a screenshot of the web controller from 1997 – this controlled the Track Robot, direction, speed, and the arm/grabber: 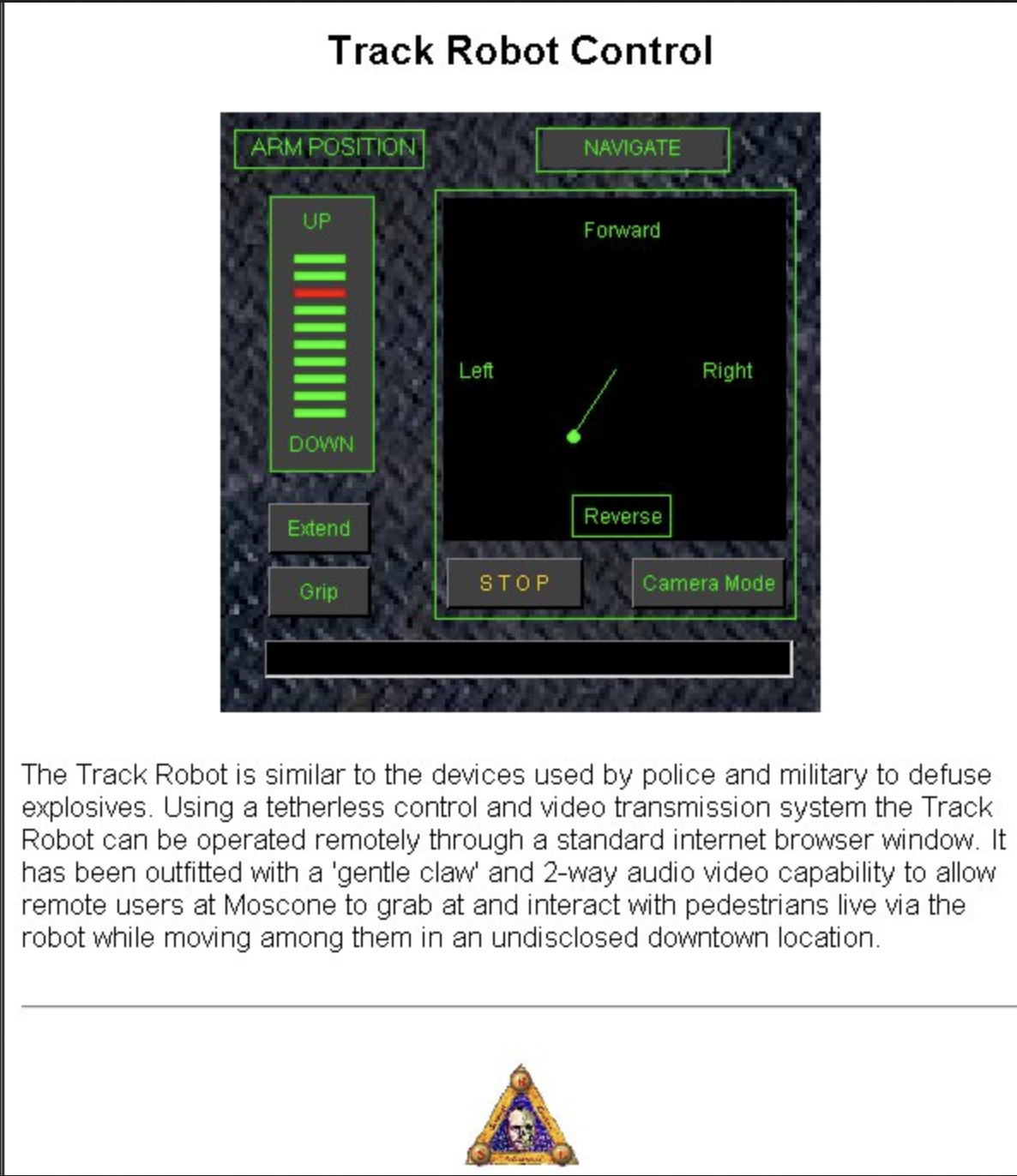 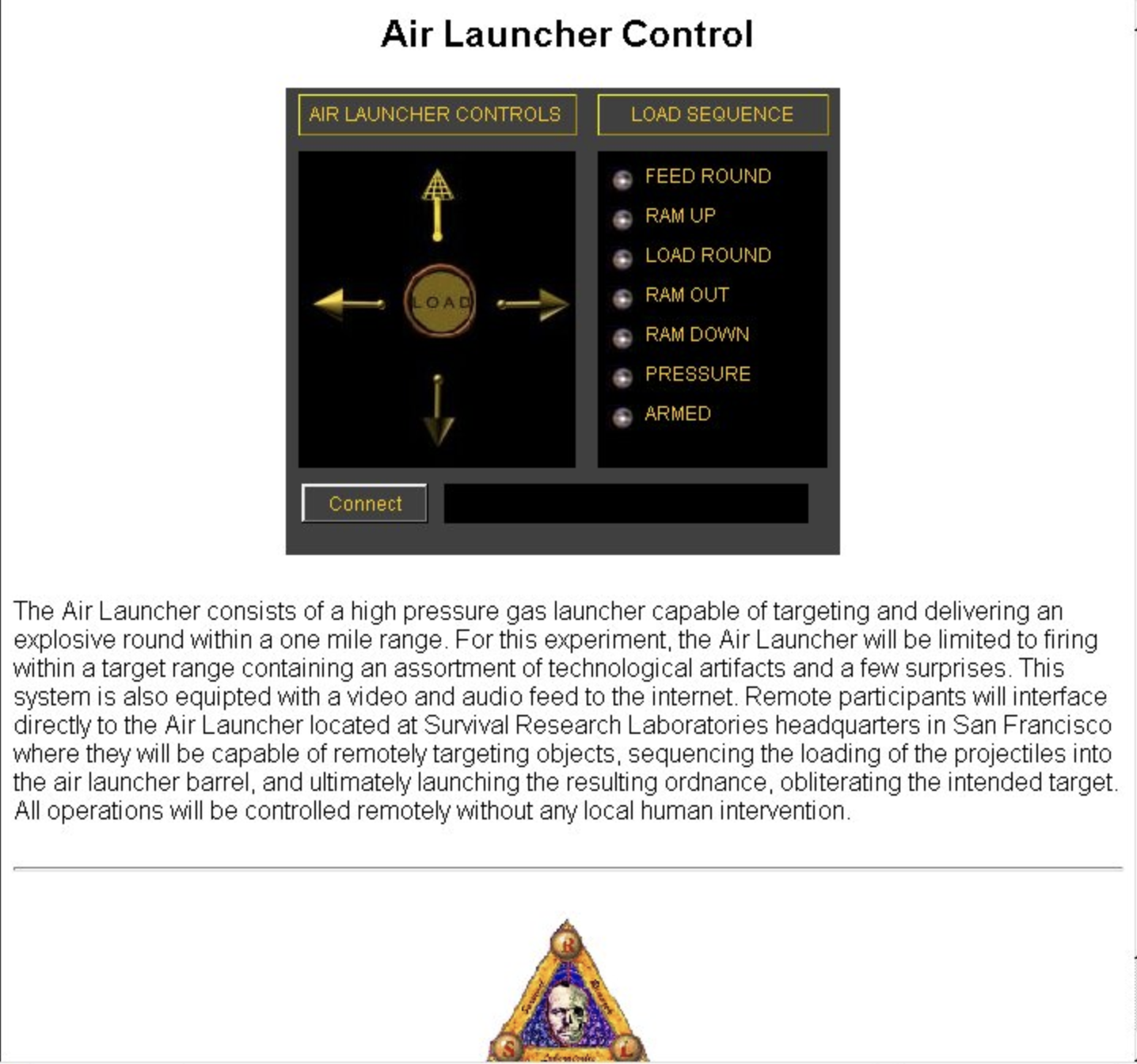