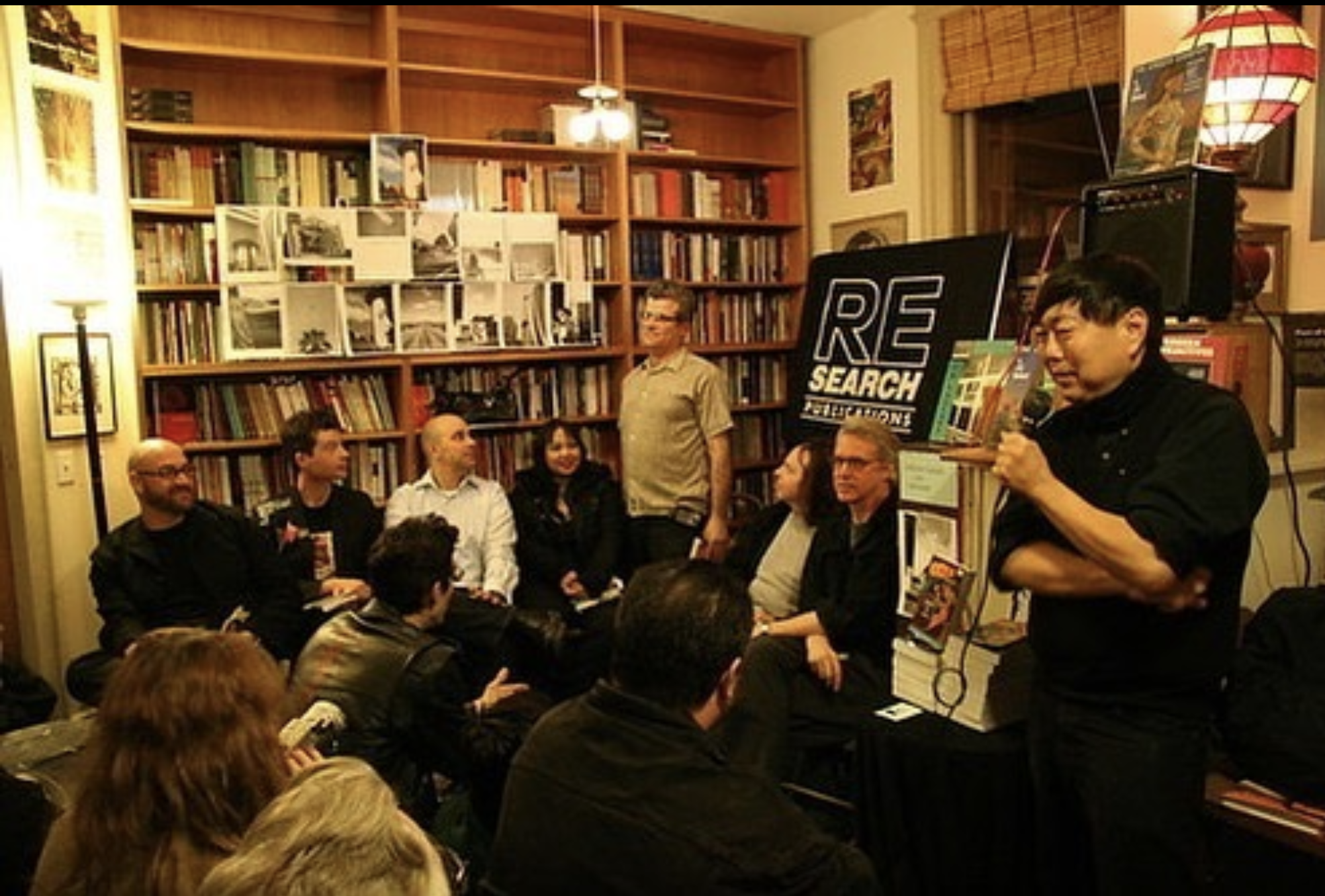 1. Mark Pauline. Founder and Director of Survival Research
Laboratories (SRL), a San Francisco art institution since 1978. SRL pioneered the genre of violent machine art performance on large locations, incorporating and innovating cutting-edge computer technology and remote-controlled robotics. Mr. Pauline is also a graphic artist, engineer, inventor, writer, and has lectured at numerous universities and museums in the U.S., Europe, and Japan. He has been featured in V. Vale’s Search & Destroy, RE/Search magazine, the Industrial Culture Handbook, Pranks, the 1984 JG Ballard celebration at Fort Mason, and will be featured in the forthcoming J.G. Ballard INTERVIEWS book.

2. SRL engineer Karen Marcelo maintains the SRL website (srl.org) and is responsible for coding internet controllers for tele-operated lethal devices used in many SRL shows. She provides vital assistance to STELARC as a programmer and technical facilitator.

3. Eric Paulos received his PhD in Computer Science from UC Berkeley and is currently a senior research scientist at Intel where he heads the Urban Atmospheres group focused on exploring the proactive archeology of our urban landscapes and emerging technology. Dr. Paulos is also a long time associate of SRL and director of the Experimental Interaction Unit. Eric has developed numerous teleoperated robots and interaction system throughout the years and is also teaching a course at the San Francisco Art Institute. (www.paulos.net)

4. R.U. Sirius (aka Ken Goffman) has enjoyed a long career as editor of High Frontiers and Mondo 2000 magazine, and is the author of six books, including the recently-published Counterculture Through the Ages (with Dan Joy). He was a friend to Timothy Leary and Terence McKenna.

5. David Pescovitz is Co-Editor of the popular Boing-Boing blog. His writings on science, technology and art have been featured in Scientific American, the New York Times, Popular Science, and many other publications. He is co-author of the book Reality Check, based on his long-running futurist column in Wired magazine where he is currently a contributing writer.

6. SM Gray‘s amazing photographs are featured in JGBALLARD QUOTES. He is a veteran of the 70s punk rock cultural revolution. (telepoetic.com)

7. Joe Donohoe is a San Francisco independent writer and taxicab driver. He has written an introduction to the forthcoming JGBALLARD INTERVIEWS book.

Featured guests will read a selection of their favorite quotations
from the JGBALLARD QUOTES book, and will be introduced by V. Vale and Marian Wallace, editors and publishers. Assistant Editor, Mike Ryan will also be present.

Latest release: J.G. Ballard: Quotes A mini-review from an avid
RE/Search reader: “This book is like a travel guide to your own mind. No matter what the subject, Ballard nails it. Nobody else has predicted the future as well as Ballard–why don’t more people know about him?!”